The work proposed in the catalogue (lot 116) of the coming modern and contemporary art auction (30 May), was made with oil on canvas. The employed palette is rather dark and features a brown grown onto which the artist has traced a dense maze of yellow lines. No figurative subject matter can be recognised and the title, Reiner IV, misleadingly alludes to the genre of portraiture. The work is dated 1954 and was displayed at Samuel M. Koots Gallery, New York (“Mathieu - New paintings of 1954”), during one of the busiest creative phases of the artist’s career. Mathieu had indeed began exhibiting abroad in 1952 at Stable Gallery, New York. Therefore, Reiner IV belongs to his return to the Unites States and represents his early successes, which set the basis for his later travels across the world: London (Institute of Contemporary Arts, 1956), Tokyo (1957), São Paulo (Museu de arte moderna, 1960), as well as several exhibitions in Paris.

The work belongs to the international peak time of abstract art. Jackson Pollock would die only two years after its making and his working methods remind of Mathieu’s own. Indeed, both artists conceived the moment of creation as a performance. Pollock’s dripping technique was popularised by the famous photographs of Hans Namuth, while Mathieu used to paint in front of an audience who could witness directly the birth of a new work of art. In this regard, his abstract poetic may also be related to the French Surrealist movement (in New York, he met Salvador Dali, “exiled” from the Parisian group by the father of Surrealism, André Breton, in 1939). Mathieu declared that the artist ought to paint without preconceptions, facing the blank canvas with rapid brushstrokes that leave no space to the temptation of resorting to formulaic shapes or subject matters. Such a method may be compared to the Surrealists’ automatic painting, in a period when the Parisian group was already the object of scholarly research and thus part of the history of Western art. For these reasons, Reiner IV places Mathieu’s production firmly into the field of the European avant-gardes and reveals a history of international success.
A work of art’s value does not only depend on the quality of its technique materials. Rather, it is rooted in the ability of the painting to convey a story through the patina of events and relationships that has formed throughout its existence. In the given work, which is featured in the catalogue of the coming modern and contemporary art auction (30 May), it is possible to witness the development of Mathieu’s poetic in the most active years of his career. Moreover, the connection to his 1954 New York exhibition makes this work a unique visual document and invites the spectator to contemplate it against the history of the European avant-gardes. 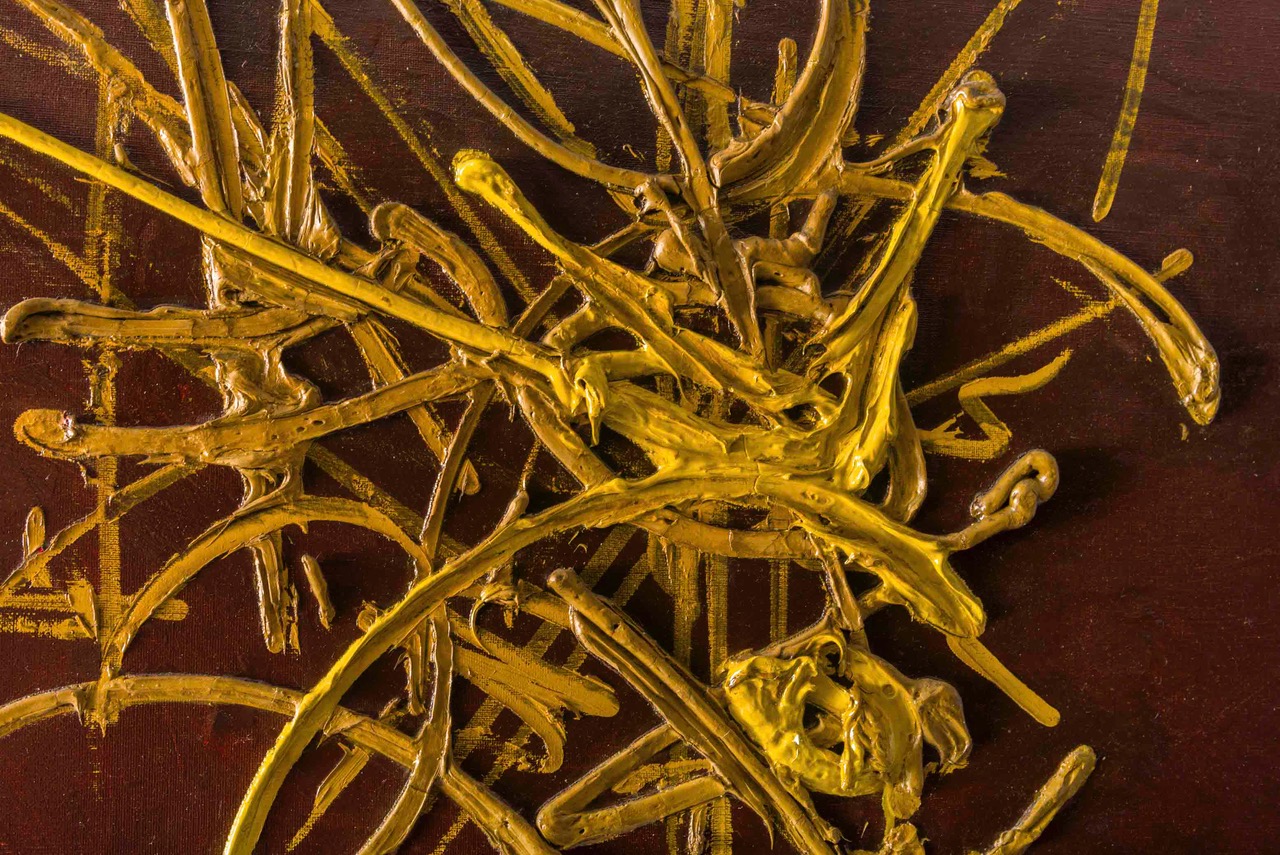