Il Bagno Turco (lot. 107) dates back to the 1970s and belongs to one of the better-known stages in the artist’s oeuvre. This article will explore its core features as well as its broader connection to the production of one of the fathers of the Italian Arte Povera movement.

Il Bagno Turco is a serigraphy on Supermirror steel plate. It is a peculiar material, whose levigated surface reflects the surrounding space and creates a visual juxtaposition between the latter and the printed image. The central figure of an odalisque with her back turned appears to change context according to where the work is exhibited as well as to the presence of spectators, whose reflection would immediately appear on the shiny steel surface. The harem is the central iconographic reference for this lot and stems from the rich Orientalist tradition that has characterised European art during the 19th century. A notable example, and probably the model for this work, is Jean-Auguste Dominique Ingres’s own Turkish Bath, where one can easily spot a female figure holding a musical instrument in the same pose as Pistoletto’s odalisque. Similar historical references characterise the production of several Italian artists during the 1970s and reveal the postmodern turn that occurred after the turbulent season of the late 1960s. A notable example by Mario Schifano, also included in the coming sale, is the object of a recent article on this website.

Throughout Pistoletto’s oeuvre, the mirror has been allowing the artist to blur the spatial distinction between the work of art and reality. While the 1920s and ‘30s enforced a modernist aesthetic based on the notion of the painting as a realm completely separated from the universe around it (see, for example, the abstract works of Pollock and Rothko), Arte Povera introduced a rather different sensibility; artists began experimenting once again with the relation between art and life. In this regard, Pistoletto’s mirror paintings, as they are also known, take on a new life during their interaction with the spectator, changing according to their surroundings. As such, they represent the mutual exchange between the work of art and the context in which it is displayed. This effect had already been explored with different results by artists such as Lucio Fontana, whose canvas cuts aimed at creating a direct connection between the bidimensional surface of the painting and the tridimensional space inhabited by the viewer.

Pistoletto’s mirror paintings are iconic works due to their mesmerising visual presence, emphasised by the mutating steel surface. Moreover, these works have generated a vast critical response and influenced the oeuvre of younger artists. A notable example is Maurizio Cattelan, currently one of the most-known contemporary Italian artists worldwide, who claims to have decided to become an artist after seeing one of the mirror paintings in the window of a gallery in Padua (Bonami F., Maurizio Cattelan, Autobiografia non autorizzata). Therefore, Pistoletto’s works take part in a complex relational network and represent a crucial step in the development of Italian art from the modernist aesthetic to a more contemporary sensibility. Il Bagno Turco is part of this intermediate stage in the artist’s own evolutionary process and displays the most sought-after features of Pistoletto’s long artistic production. 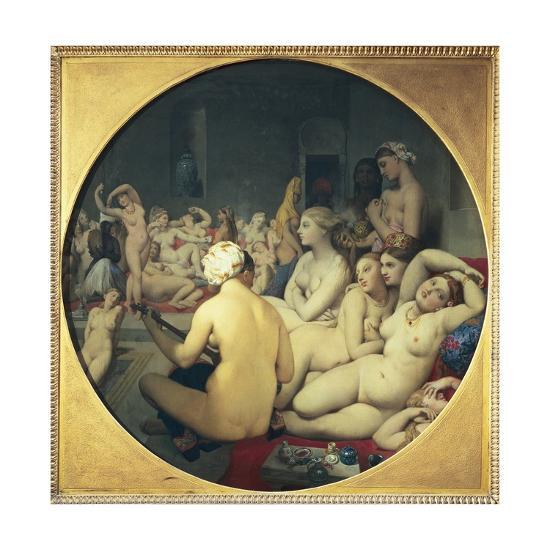