The show, titled The Green Universe, takes place as part of a broader programme encompassing other five prestigious venues in Milan: Museo del Novecento, Gallerie d’Italia, Centro Artistico Alik Cavaliere, Palazzo Litta, and Bocconi University. The city pays a homage to one of its most skilled pupils, who arrived to study at the Brera Academy, eventually becoming a professor of sculpture himself. The Green Universe explores specific themes in Cavaliere’s production, that is to say, the natural world and the universe of plants, represented by bronzer, silver, steel, and brass artefacts. The exhibition was curated by Elena Pontiggia and focuses on the works of art themselves, using them as a privileged gateway to understand the artist’s aesthetic sensibility. In the next “U-3” auction, which will take place on the 25th of September, Art-Rite will propose a work by Cavaliere which resonates with the naturalistic aura of the objects on display. For this reason, we have visited The Green Universe for you.
Cavaliere’s journey into the art world starts with his family. His parents were artists themselves: his father, Alberto Cavaliere, was a poet and the city of Milan dedicated a street to him for his production; the mother, a Russian woman of Jewish descent, was a sculptress and was followed in this profession by her son too. Cavaliere developed professionally in Milan, studying at the Brera Academy, where he later became assistant of the sculptor Marino Marini, whose creations are now treasured by renowned institutions such as the Peggy Guggenheim Collection in Venice and the Museo del Novecento in Milan. These elements determine an important artistic lineage, which benefitted Cavaliere’s career has he eventually became professor of sculpture at Brera, thus succeeding to Marini. In this regard, he shows an impeccable artistic pedigree and the continuity of his success in Italy is evidenced by the current critical and public appraisal. In this regard, the exhibition at Palazzo Reale is presented as an occasion to remind the public of this genius of twentieth-century sculpture and foster further debate about the role of Italy in shaping the modern Western visual sensibility.

The exhibition includes works made of bronze, silver, steel, and brass brought together by the common theme of the natural world. Plants are by far the most frequent subject, complemented with heterogeneous references to classical culture (see, for example, the work Daphne, inspired by Ovid’s Metamorphoses). Cavaliere creates illusionistic effects through the contrast between the organic look of his works and the plastic, solid nature of the chosen materials. The sculptor manipulates the matter so as to mimic the texture and colours of the natural world. Patinas are particularly important as they allow him to apply green and brown tones to the bronze, so as to simulate the many colours of leaves and bark. Moreover, the natural oxidation of silver tends to darken the material over time, hence granting dark-grey hues. Sometimes, Cavaliere prefers to leave the natural colours of the metals, as in the case of bronze, whose naturally golden colour can easily replicate the smooth and juicy look of a ripe fruit. In Abete (1917), for instance, the dark steel silhouette of the plant contrasts with the lucid surface of the large fruit hanging from it.
Many works in the exhibition do not have a pedestal but rather sit directly on the floor. This is a precise curatorial choice, which follows closely the artist’s intentions as he gradually abandoned the use of plinths from the 1960s onwards. Cavaliere was moving against the old-fashioned aestheticist assumption that the work of art and the spectator inhabit different levels of reality. On the one hand, the viewer is set in the material world, subject to transition, while the work of art is eternal and as such physically detached from the ground through the plinth. Moreover, the pedestal also elevates the artefact as an object to be venerated and admired like an idol. All these features emphasise the exceptionality of the work of art and distance it from the audience. This is particularly true in the case of sculpture, traditionally associated to solid and lasting materials (think for instance of the poet Horace, who once wrote “I have created a monument more lasting than bronze” to emphasise the eternal fame of his works). On the contrary, Cavaliere’s oeuvre emphasises the transitory and changing status of the work of art, which is set on the same level as the viewer. The choice of unstable materials, such as silver, indicates the will to introduce an element of chance in the field of sculpture, thus challenging the traditional borders of this art form.
In The Green Universe, the viewer is allowed to circulate around the works of art and watch them closely without the conceptual mediation of the pedestal. The visitor can thus inspect the minute details crafted by Cavaliere’s technical expertise. The shape of each leaf, the branches’ contorted shapes, the shiny surface of the fruits create images of great visual impact and beauty. Cavaliere’s artistic value lies in his ability to evoke the same emotions and sensations that one would feel in front of nature itself. The unicity of these works stems from the illusion of lightness and organic texture that is inspired by the reworking of the material, which loses the distinctive look of metal and acquires a totally new identity.
The Green Universe takes place along with other important events celebrating Italian art in Milan, such as the anthological show of the abstract painter Pino Pinelli at Palazzo Reale. This is a positive signal coming from public institutions, as they appear willing to promote the production of modern and contemporary Italian artists, whose great art-historical importance has sometimes been obscured by international phenomena coming from the United States or France. Throughout the twentieth century, Italy generated great creatives who left a significant legacy in the field of abstract painting, pop, and conceptual art. Nonetheless, Italian institutions have often preferred exhibitions based on renowned foreign artists, already well known and thus easier to propose to a big audience, instead of promoting our own local tradition, which is in most cases as just as valuable. 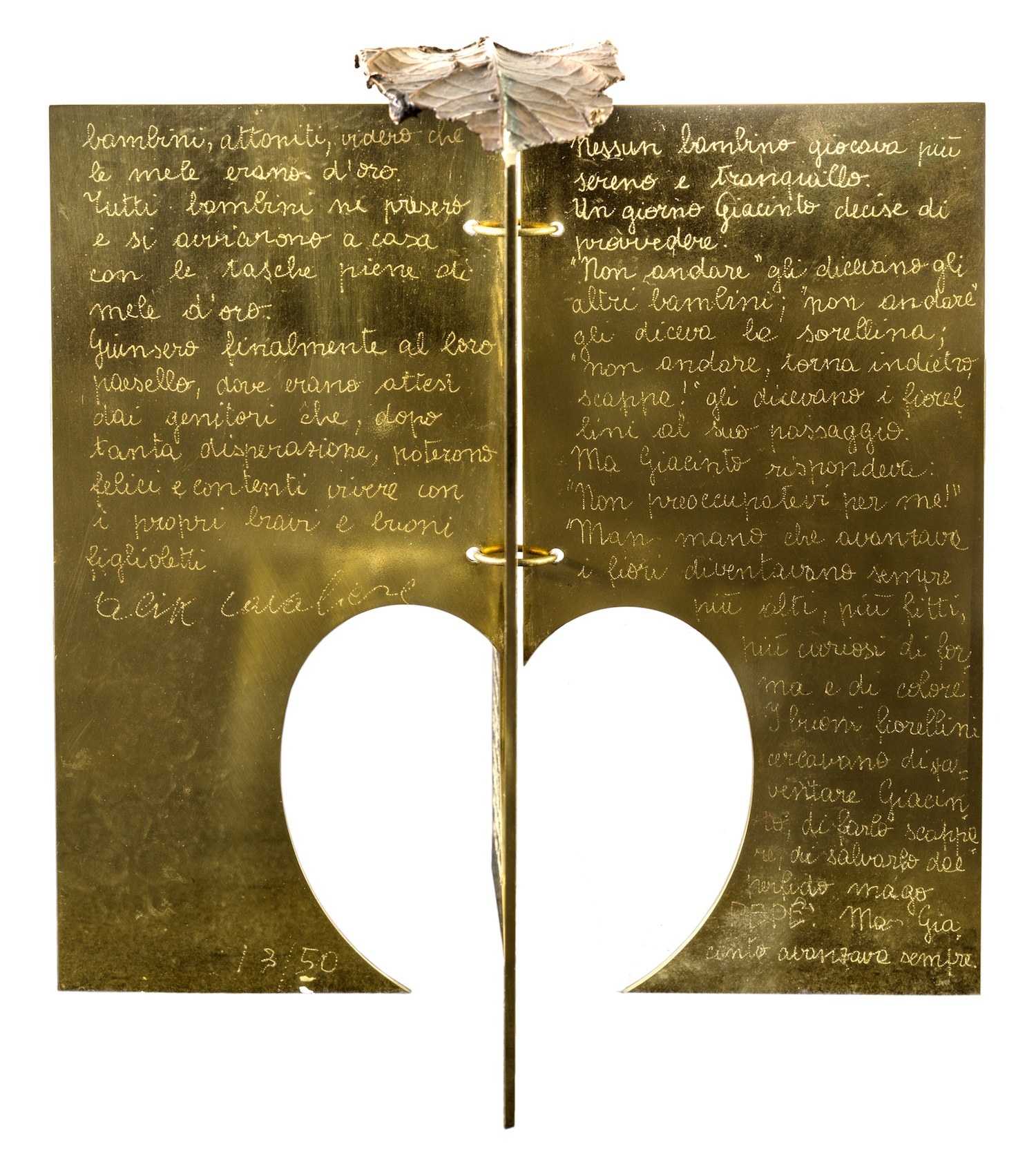