This is a formidable occasion to get acquainted with a lesser known artistic medium, that is to say paper and the various techniques associated to it. Prints and drawings have been used since the sixteenth century as a relatively cheap method for artists to spread their works and make them known to a broader public. Others decided to become specialised in this genre, which eventually became the most known aspect of their oeuvre (one may think of Albrecht Dürer or William Hogarth). The show is a chance to inspect the world of the graphic arts in the context of twentieth-century Italian art, from the imaginative worlds evoked by Symbolist artists to the Milanese Pop Art in the 1970s.

The exhibition was curated by Claudio Salsi and includes works from over 100 Italian and international artists. The show is located beneath the ducal court of the castle, developing across two spacious rooms organised so as to create a chronological path. The curator chose not to consider all the possible aspects of the graphic arts in the given period. Rather, he selected the most relevant events and artistic movements in regards to the development of this genre in recent times. Therefore, the exhibition includes outstanding names such as Umberto Boccioni, displaying his futurist creations together with some of his earlier classical works, as well as Amedeo Modigliani and Giorgio Morandi. The pool of artists touches on Milan too, featuring eminent local figures such as Enrico Baj. Art-Rite has recently sold six works by Baj in the latest U-3 auction of the 26th of June. All the lots in the catalogue met the interest of the public as they reached or even exceeded the initial estimates, thus determining a successful operation and a positive indication about the artist’s fame.
Although the exhibition draws heavily from local Milanese collections, the works in the catalogue prove the international mentality of Italian collectors over the past century. There are some exceptional cases, such as prints by Auguste Rodin, Edvard Munch, and James Ensor, whose grotesque and macabre creations remind of another Italian printmaker, Alberto Martini. At Novecento di Carta, Martini enjoyed special attention as his works are shown in a dedicated section and occupy an entire wall on their own.

This is peculiar as Martini’s career did not flourish in Italy, where his dark and macabre works were deemed as excessive and obscure. On the contrary, his fame as printmaker developed in France where his experimental works such as Bacio, (1915) which can be views as part of the show, anticipated important movements like Surrealism.
Martini’s Bacio is related, in terms of style and subject, to a work recently sold at Art-Rite for an outstanding price. The piece is Amore. Sorgente di fiamma viva (1914), a lithography belonging to a series of fifty impressions and paired as a lot with an etching by Luigi Bartolini. The group of two prints managed to gather ten times the initial estimate, showing the public’s interest in Martini’s profile as an artist and signalling the collectors’ awareness of his qualitative value as a printmaker. This is also the result of Martini’s inclusion into notable exhibitions in recent years, which helped making his taste and technical expertise known to a broad public. Novecento di Carta is the latest example, along with the show Simbolismo hosted by Palazzo Reale, Milan, in 2016. In Amore, the artist re-imagines the subject of a kiss as the intercourse of two anthropomorphic rose petals, set against a mysterious background. One of the key features of Martini’s style is the use of dark and saturated landscapes, which contrast with the areas where the printmaker has left the paper support intact. Throughout his life, Martini worked as an illustrator, supporting pre-existing texts with his creative images. Probably for this reason, his autonomous graphic works maintain a vivid sense of narration, each single image evoking a story which is then performed by his enigmatic characters. In Amore, the central theme of the kiss is complicated by the introduction of the petal characters, as well as by the unclear and obscure surroundings which lets the viewers wonder and craft their own unique aesthetic experience of the work.
Martini offers the viewer enough clues to build an individual narration while, at the same time, he selectively hides those details which would make the story far too clear and banal. The technical perfection of his graphic skills allows him to reach peaks of complexity, playing with texture, light, and form. In this regard, one may argue that prints can reach the same status as the other major art forms, such as painting and sculpture, against the common notion that the work of art is always defined by its unicity, a trope spread and over-emphasised by Formalist criticism in the twentieth century. Exhibitions such as Novecento di Carta show that the academic world is moving towards a re-evaluation of the role of the graphic arts in the art-historical discourse. As pointed out by the critic and prints-enthusiast Vittorio Pica (1864-1930), to whom the initial section of the show is dedicated, a collection of prints can provide the same aesthetic pleasure as a gallery of paintings. Novecento di Carta is indeed the best argument in favour of this statement.
Exhibiting a considerable number of works on paper represents a great curatorial achievement, since this material requires special care in the conservation process. Unlike other supports, paper reacts dramatically to factors such as humidity, temperature, and even light. For this reason, the choice of the basement space under the ducal court is ideal, as it allowed curators to control the works’ exposure to light and avoid damage. In this way, it has been possible to showcase important works of art which would otherwise be confined away from the public eye.
When visiting the show, it is important to take a look at the provenance of the works of art, which were sourced from great Italian public collections, many of which are based in Milan. As mentioned, several works among those in the catalogue could not be exhibited permanently because of their delicate conservation state, so that the exhibition provides a rare occasion to inspect these masterpieces. Among the collections lending their works, one finds the castle’s drawing cabinet, the Achille Bertarelli Collection, and the Museo del Novecento. Moreover, the Intesa San Paolo collection is represented by a group of special works, that is to say, a series of twelve pieces by the painter Lucio Fontana. Interestingly the curator decided, while maintaining the show’s chronological path of visit, to set stands specifically designed to showcase the works from a single collection, so as to highlight the individual identity of such important institutions.
Novecento di Carta puts forward a new way of looking at prints and drawings, putting the graphic arts at the centre of the art historical debate as independent and relevant artefacts. This said, the curatorial approach is not excessively specialistic and the different printing techniques are explained in depth, thus allowing a broader public to participate and gain meaningful insight. The show is a unique occasion to access works which would be hardly visible to the wide public, proposing a refined selection of Italian and international artists. Furthermore, the exhibition points out the growing interest from the academic world in the graphic arts, as noted by Art-Rite too following the successful sales in the latest U-3 auction, including the mentioned lots by Baj and Martini. 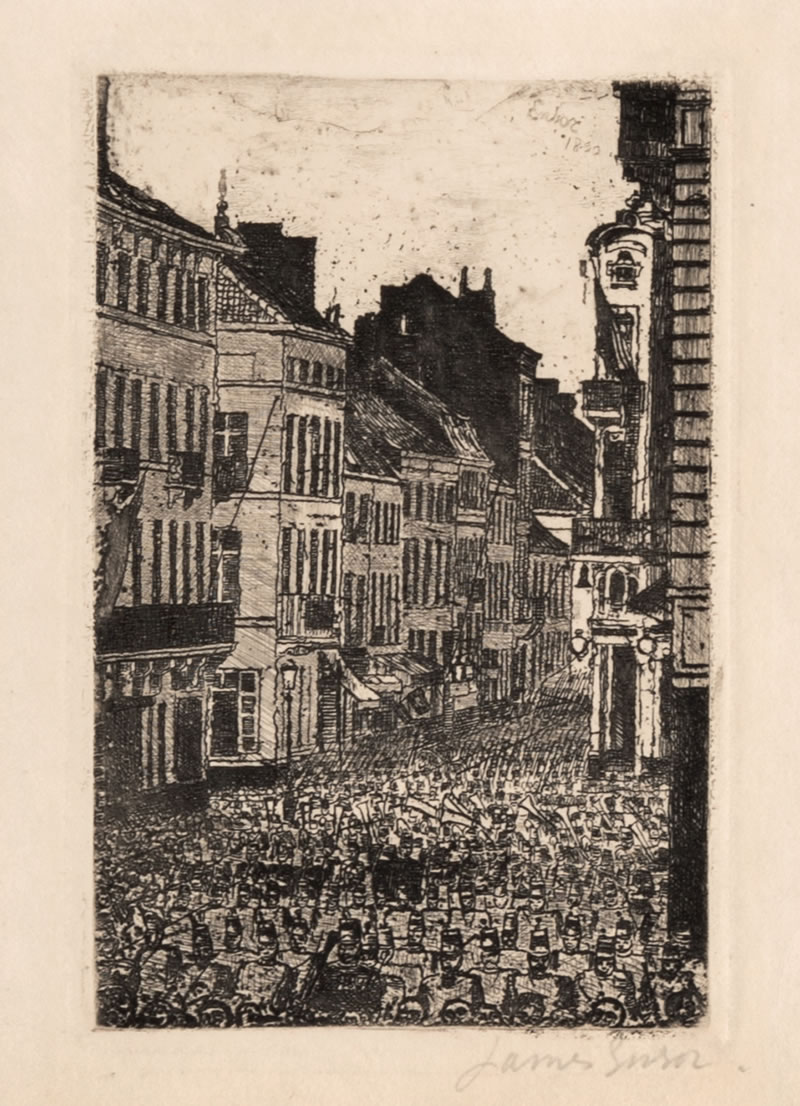